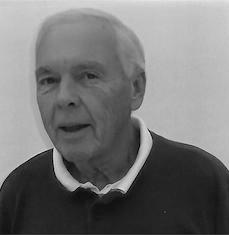 1. Please describe the skills you possess which would make you an asset as a board member, in dealing with the challenges facing KCBS and give an example of how these skills would serve the KCBS Board of Directors and its membership

Before retirement, I owned a successful telecommunications company with 8-9 employees. I have over 24 years’ experience operating and managing a business. I was elected to the KCBS Board of Directors in January of 2019 to fill a one year unexpired term. With my term expiring in January 2020, I am a candidate for re-election to the board. This year I have served as chairman of the Sanctioning committee, chairman of the Philanthropy committee and chairman of the Audit committee and am a member of the Events committee. My experience as a board member this year has been not only rewarding but also has helped me better understand our KCBS organization.

I am a Master Judge with 100+ contests, Lifetime KCBS member, a KCBS contest organizer for the past 5 years and have had the pleasure of judging BBQ in twelve states.

With my background as a business owner, I have the management skills that are needed to be an effective communicator. I believe I can effectively communicate with KCBS members, cook teams, KCBS Board members and continue to be a viable contributing member of the KCBS Board.

If I am re-elected I will continue to work diligently to help KCBS grow.

2. If you are a Cook, Judge, Rep or Backyard Cook, please identify the major KCBS issues concerning one of the areas in which you are involved. Describe the major issue, your strategies to correct or improve the issue and what you see as the biggest challenge to the success of your plan.

Loss of membership and cancellation of too many contests are still major issues. Our International membership has grown this past year while our domestic membership has shown a decline.  We need to follow up on expired memberships. An Ambassadors program at contests that promotes KCBS membership has had success this year and we need to expand this program to put KCBS in the eyes of more potential members. Another issue we need to address is low voter turnout in elections.

KCBS has had too many contests to cancel this year. Our Sanctioning committee has added an Organizers ad hoc committee to address the needs of organizers. Both loss of membership and cancellations of too many contests greatly have an effect on revenue.

As judges, we need to have fun at our contests. Judges and cooks need the opportunity to interact so that each sees and understands what goes on not only in the judging tent but in the cook team area. I also encourage judges to attend contest awards ceremonies whenever possible as this is a great way to interact with cook teams.

As an organizer, I know the amount of work it takes to have a successful contest. An Organizers Committee has been formed to explore new opportunities for contests.

3. Identify your major short term goal and the major long term goal, if elected to the Board of KCBS and our plan to implement change of improvement in order to carry out each of these goals.

I have a few short term goals, 1-we need to entice new memberships which gives KCBS increased revenue, 2- to continue to improve the vision of KCBS, 3- building better relationships between cooks and judges, 4-  We need to look at an online judge retraining program and a continuing education program. While I do not advocate a mandatory retraining program for all judges, I believe that it would especially benefit judges who have not judged in many contests in the past few years. The program could be set up online on our KCBS website.  All CBJ classes should always teach the current KCBS rules and regulations. Current judges should be encouraged to attend a CBJ class for a refresher course as the classes are free to all current judges to attend. Our KCBS reps could offer a brief session at contests (10-15 minutes) to go over any rules and regulations questions.

I have listed growth of membership as one of my short term goals. My long term goal is to continue working on membership growth. We do this by working more closely with organizers to ensure that their contests are successful, non-members having opportunities to judge ancillary contests to introduce them to our BBQ contests, by continuing to obtain feedback from non-renewals,  offering more CBJ classes in areas that need additional judges, and by expanding our Ambassadors program at our BBQ contests. Growth of membership is essential to the continued success of KCBS.

4. If elected, please explain, “Your level of commitment, time and energy “for committee projects and monthly reports, board meetings and attendance, as well as representing KCBS to the public and being responsive to our members.

As a retiree I have the time to devote to all KCBS activities. This past year as a KCBS board member I have served as chair of three different committees and a member of another committee. I will be available for any committee meetings, regular and special called BOD meetings. I plan to attend at least 25 contests annually to stay in touch with my fellow judges. We learn from listening and I will solicit input from all judges, reps and cook teams. I not only have the time but I have the energy to continue to represent KCBS as a BOD member.

As an organizer for a KCBS contest, we introduce new people to the KCBS world of BBQ as attendees of our annual festival. Promoting KCBS to the public is a great way to attract new judges and enhance our growth.

5. Please describe your previous participation in KCBS activities and years of experience.

I was introduced to BBQ by my grandfather who smoked hogs in an open pit in the ground, thus began my love for hickory smoked BBQ. While I have never competed in contests, I have smoked BBQ for nearly fifty years for friends and neighbors.

Then, twenty three years ago, a friend of mine nominated me to be a Jack Daniels Tennessee Squire and of course this prompted a visit to Lynchburg, Tennessee and the visit just happened to be the last Saturday in October when the world famous Jack Daniels BBQ contest was being held. This visit prompted my interest in being a KCBS Judge.

Six years ago our Rotary Club was looking for a project to raise money for a local charity and I suggested that we have a sanctioned KCBS contest and I have been the organizer of this contest for the past 5 years. Our contest has been successful in raising over $ 60,000 for our local charity in the past 4 years.

My participation with KCBS consists of judging 100+ contests, I am a Master Judge, Table Captain and KCBS lifetime member. I have been a KCBS contest organizer for the past five years and I have been a sponsor/organizer of KCBS Judge and Table Captain Classes. I was elected in January 2019 to the KCBS Board of Directors to fill a one year unexpired term and have served as this year’s Treasurer.

6. Please explain why you want to be a member of the KCBS Board of Directors.

I want to make positive changes to develop the growth of KCBS and its membership. I believe my business experience in addition to my experience as a judge and contest organizer is an asset to being on the KCBS Board of Directors. This past year as a member of the KCBS Board of Directors has been a very rewarding experience for me. I wish to continue to work as a board member to help KCBS grow and to promote good will.

If re-elected, I will listen to all concerns of KCBS members and work with fellow board members to meet all challenges and set high goals for KCBS in order for it to continue to be a successful organization.

Our Best of the Best